How to Watch Timelapse in Google Earth (Desktop & Android)


Let’s admit, we all have logged onto Google Earth to see how our house looks from a different angle. While exploring Google Earth, you might have also peeked at Mount Everest or any of your favorite landmarks.

You may not be able to travel to any other place due to COVID 19 pandemic, but you can travel back in time thanks to Google Earth’s new feature. Recently, Google added a new Timelapse feature on its Google Map that allows you to see Planet Earn in an entirely new dimension.

In the biggest update to Google Earth since 2017, Google has added a new Timelapse feature. The timelapse video shows how things have changed over the past 37 years on Planet Earth.

To create the timelapse video, Google has stitched together twenty-four million satellite images taken over the period of the last 37 years. The entire video is equivalent to over 5 million 4K resolution videos. Not only that, but Google also claimed that the new Timelapse video is the largest video on the planet to date.

How to Watch Timelapse in Google Earth?

Step 1. First of all, open the Google Chrome web browser and open this webpage.

Step 2. Now, wait until Google Earth loads on your computer. 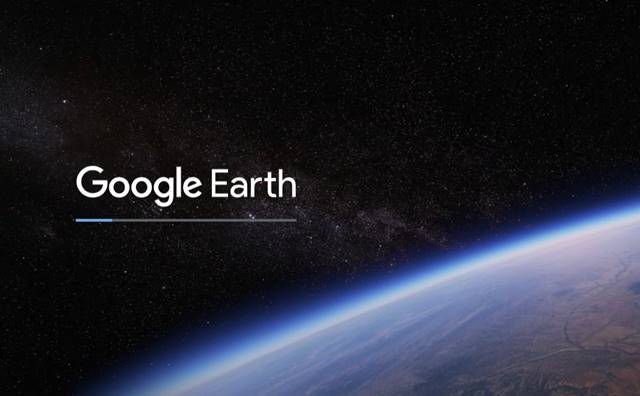 Step 3. Now select the place from the right pane of the screen. 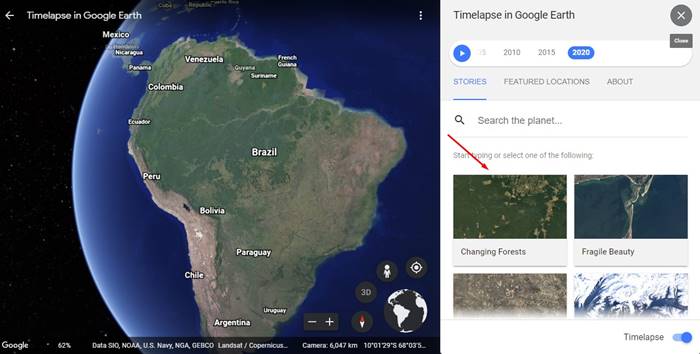 Step 4. Now on the timelapse in Google Earth timeline, click on the ‘Play button. 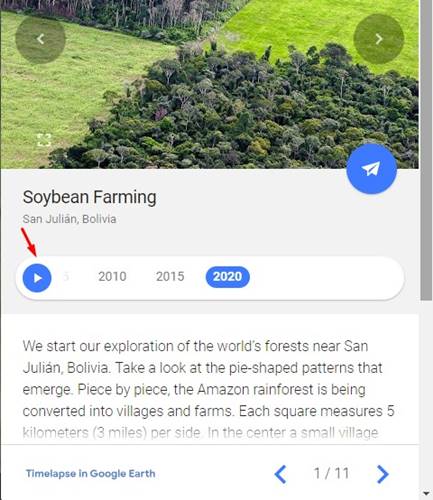 That’s it! You are done. This is how you can watch Google Earth’s new Timelapse video on Desktop.

Well, if you don’t have access to a computer, you can use your Android device to watch the Timelapse video of Google Earth. Here’s what you need to do on Android.

Step 1. First of all, open Google Play Store and search for ‘Google Earth.’ Install the app from the list. 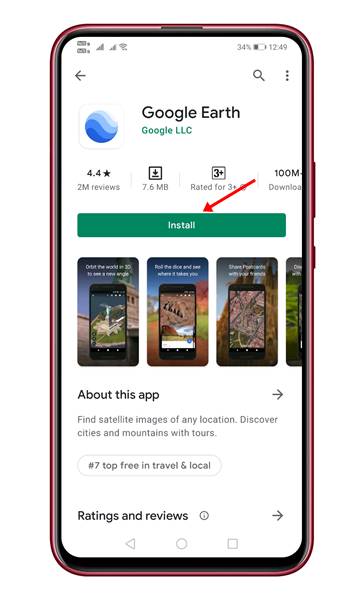 Step 2. Now open the Google Earth app and wait until the app loads the satellite view in 3D.

Step 3. Now tap on the icon as shown in the screenshot below. 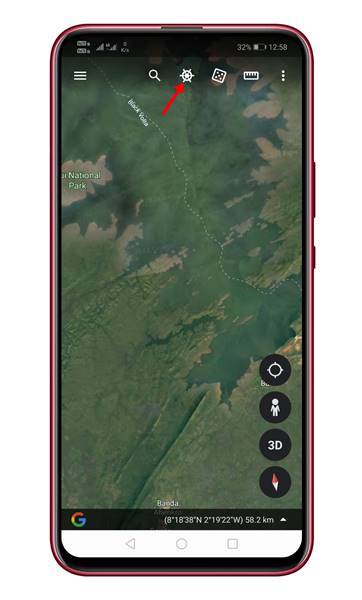 Step 4. On the next page, tap on the ‘Timelapse in Google Earth’ option. 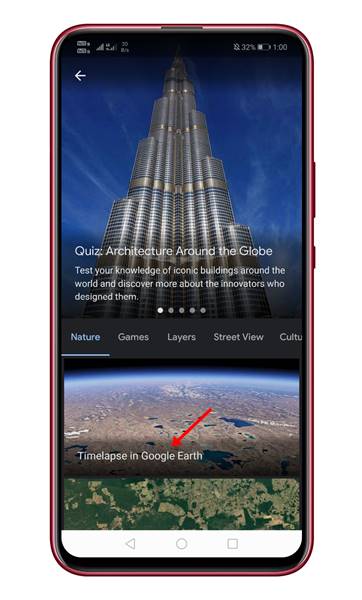 Step 5. On the ‘Stories’ tab, select the location you want to view. 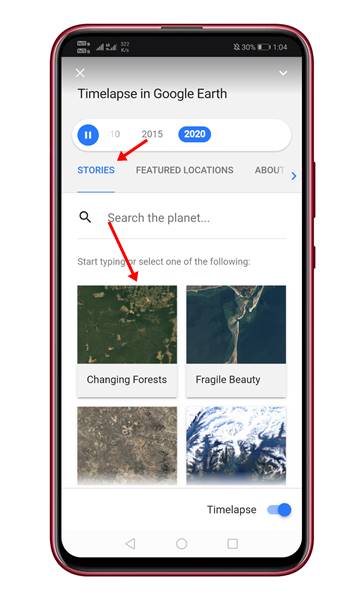 Step 6. Now, wait until the location fully loads on your Android. Once loaded, tap on the ‘Play’ button as shown below. 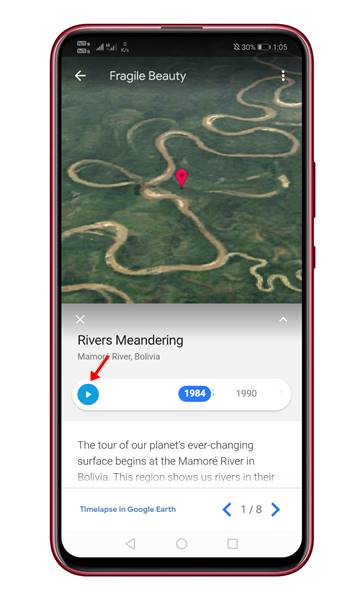 That’s it! You are done. This is how you can watch Google Earth’s Timelapse video on Android.

This article is all about how to Watch Timelapse on Google Earth. I hope this article helped you! Please share it with your friends also. If you have any doubts about this, let us know in the comment box below.