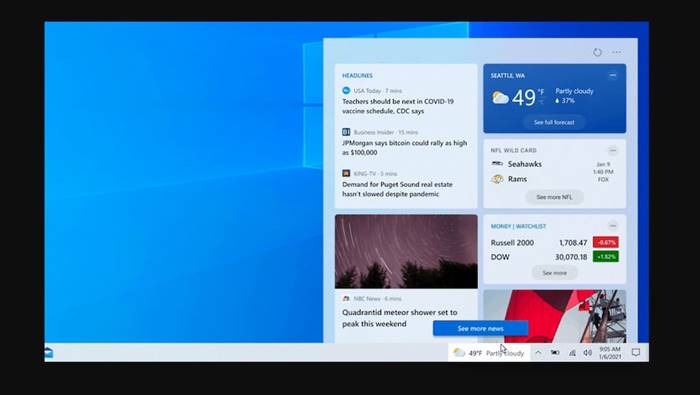 Actually, the update focuses more on improvements & bug fixes. It only has 3 major features. Below, we have listed some of the Windows 10 KB5001391 update highlights. Let’s check out.

With Windows 10 KB5001391 update, you also get an option to adjust the idle time before a headset goes to the Sleep mode. You can access the settings from the Settings App for Windows Mixed Reality.

For a complete list of Improvements and fixes introduced in the KB5001391 update, you need to check out this webpage.

As mentioned above, Windows 10 KB5001391 update is available via Microsoft Update. So, you need to head to the Settings > Update & Security > Windows Update section. 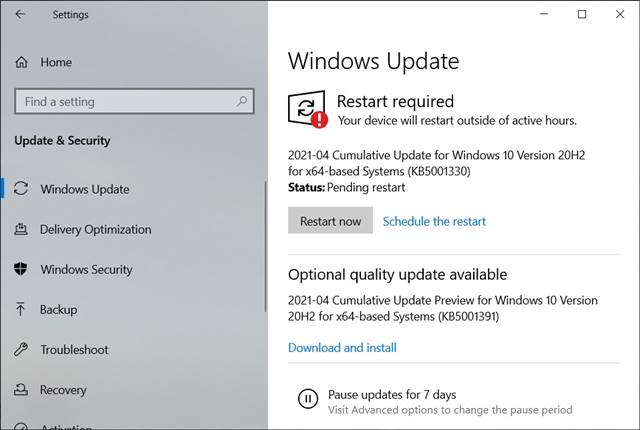 Under the ‘Optional updates available’ area, you will find the link to download and install the Windows 10 KB5001391 update. Once downloaded, click on the ‘Restart Now’ button to finish the installation process.

Well, if you are experiencing problems after installing the new update, and wish to roll back to the previous version, then you need to follow this guide – How to Rollback Windows 10 Updates (Including Insider Builds)

The guide list some easy steps to uninstall Windows 10 update. However, you need to uninstall the update within the 10-day time frame. After 10 days, the option to roll back to the previous build would be unavailable.

So, this article is all about Windows 10 KB5001391 update. I hope this article helped you! Please share it with your friends also. If you have any doubts related to this, let us know in the comment box below.