Recently, Apple has been hit by a ransomware attack. The hacker group is named “REvil” has said that they have stolen data and schematics from an Apple supplier. However, the hacker gang demanded $50 million, if not they would sell the data. 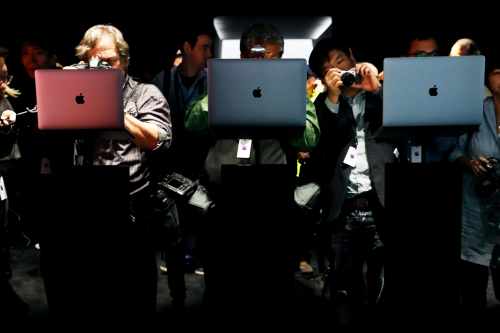 Hackers have got access to the plans of the upcoming product by Apple. According to Kaspersky Security, REvil is available on the dark-web forums in the form of a subscription. It has two groups of attackers, the first one find the breach and injects REvil and the second one creates malware.

The ransom attack was first revealed by a group of hackers on the dark web dubbed as “Happy Blog”. They claim the ransomware attack on Quanta Computer. However, the group first attempted to have a deal with the supplier, and it posted the details of the Apple devices before the “Spring Loaded” event.

The REvil group is also known as Sodinokibi. It is said that on the dark Web it got access to the computer network of Apple Supplier Quanta Computer. It is a Taiwan-based hardware manufacturer that supplied MacBook Air, MacBook Pro, and Apple Watch.

The hackers shared some schematics that look like the new iMac and new MacBook models. The operator of Ransomware has warned Apple to buy the available data by May 1 if they don’t want further leaks of its data.

Until Apple gets ready, the hackers have threatened to post new files every day. They have also said that they are negotiating the sale of large quantities of drawings and gigabytes of personal data with some major manufacturers.

Quanta Computer has not given any clarity on whether it is negotiating with REvil group or not.

A spokesperson from Quanta Computer said,

“Quanta Computer’s information security team has worked with external IT experts in response to cyberattacks on a small number of Quanta servers. We’ve reported to and kept seamless communications with the relevant law enforcement and data protection authorities concerning recent abnormal activities observed. There’s no material impact on the Company’s business operation.”

The claimed that it has upgraded its cybersecurity level and is enhancing its existing infrastructure. However, Apple declined to comment on this matter.