Google has released the Android 12 Developer Preview 3 with new features. The final version of the Operating System will be available with all the features at its Google IO developers conference on 18 May. 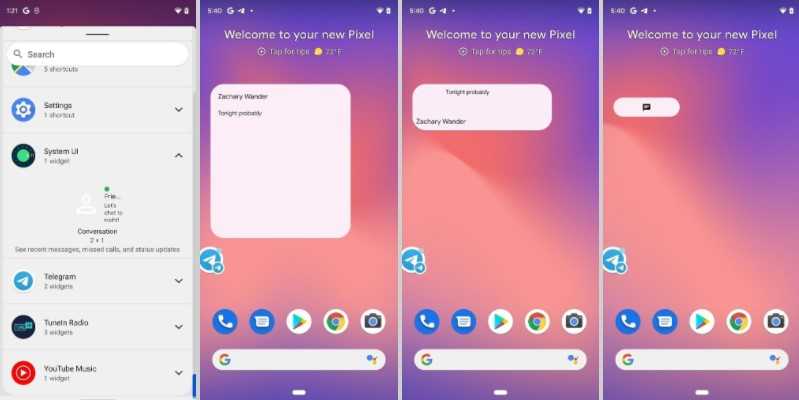 Android 12 release is aimed at developers with new APIs for cameras, haptics, and more. However, a couple of new features are found from the Android 12 Developer Preview 3. For all apps, the company has introduced a new app launch animation. Now, it shows a splash screen showing the app icon and then a transition to the app.

In a blog post, a Vice President of Engineering, Android, Dave Burke, said,

“The new experience brings standard design elements to every app launch, but we’ve also made it customizable so apps can maintain their unique branding”.

For all the apps, this feature will be enabled by default, so developers don’t need to do anything. Even changes are done for call notifications, Overscroll animation throughout, New, more bubbly volume panel UI, and more.

If you are interested in finding out, what are the new features, then here you go:

These are the new features added to Android Developer Preview 3.

A revamped settings User interface that is more one-handed friendly.

In developer Preview 2, Google tested a new overscroll animation that works when you try to scroll the page. However, in the latest Android 12 DP3, this feature is enabled by default. Scroll anywhere and you can overscroll.

Splash screens for every app

It automatically generates the splash screens for every app. A new app launch animation has a splash screen showing the app icon and a transition to the app.

A thin volume panel is now replaced by a larger, more rounded one.

The most important addition is the backup app data. The backup service supports both clouds to Google Drive and device-to-device transfers.