Let’s admit; there are times when we desperately need to extract MP3 from a video. You might have watched a new video on the internet, and you liked the music of that video so much that you want it right now.

This is where Video to MP3 kicks in. On a desktop computer, extracting the MP3 file from the video is easy; you can use several video or audio converter to do that. However, things become complicated when it comes to Android. Fortunately, there are some of the best Video To MP3 converter apps available for Android that can do the job in no-time.

List of Best Video To MP3 Converter Apps For Android

Here in this article, we will explore some of the best Android apps to convert video to MP3. So, let’s check out the ten best videos to mp3 converters for Android. 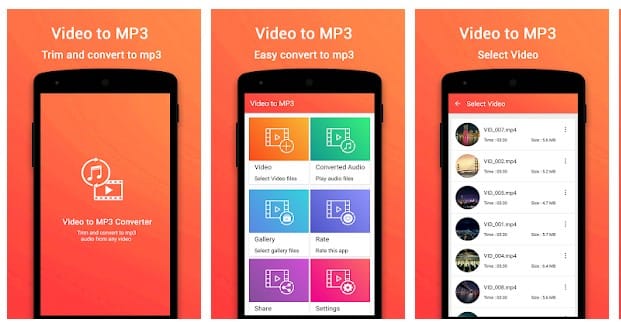 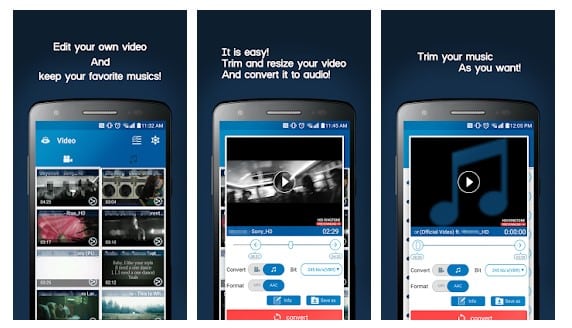 It is another excellent Android app on the list that can convert video files to MP3 format. Video MP3 Converter is one of the fasted MP3 converters that’s available on the Google Play Store. Not just convert, Video MP3 Converter also allows users to trim, resize, and create ringtones. 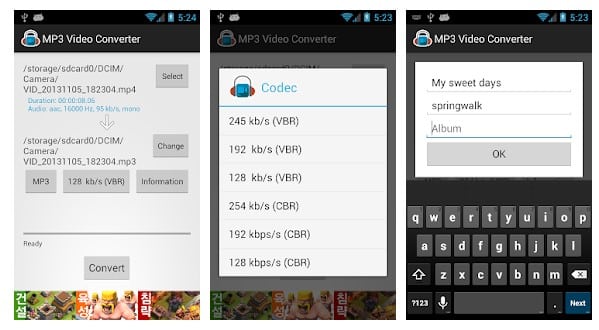 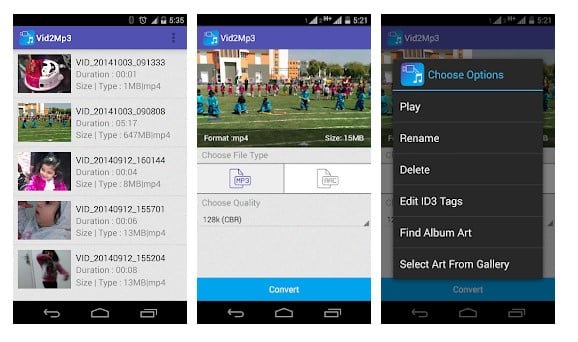 As the app’s name says, Vid2Mp3 is another best video to audio converter that you would love to have. The great thing about Vid2Mp3 is that it can easily extract audio from any video. The app has support for a wide range of video file formats, including FLV, MP4, MKV, etc. Not just that, but Vid2Mp3 also allows users to edit the ID3 tags of the audio. 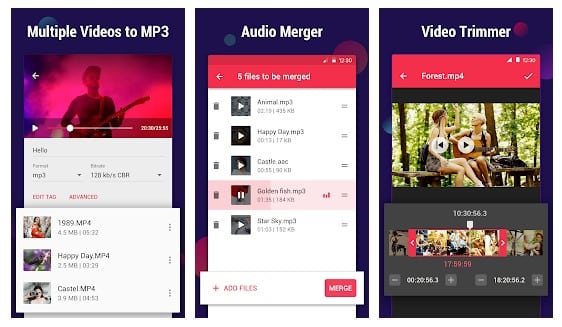 Video to MP3 Converter is a free tool to convert MP4 videos to MP3 format, cut video and audio clips, and merge music files. It’s one of the powerful video to MP3 converter app available for Android. You won’t believe it, but the app is capable enough to convert 15 videos at one time. Besides converting videos, you also get an Audio cutter & video cutter, a sound booster to increase the volume, an audio merger to merge multiple audio clips and more. 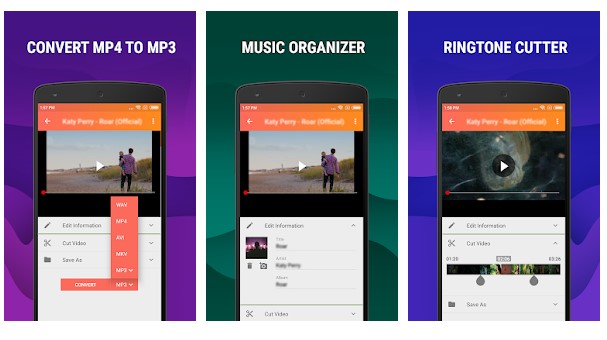 Although not very popular, Mp4 to Mp3 is still one of the most effective video to MP3 converter app available for Android. Guess what? Mp4 to Mp3 can easily convert any video to an audio file. For conversion, it supports video formats MP4, AVI, MKV, and it can convert them into an MP3 format. Apart from that, Mp4 to Mp3 can also be used to cut and merge audio clips, create ringtone, etc. 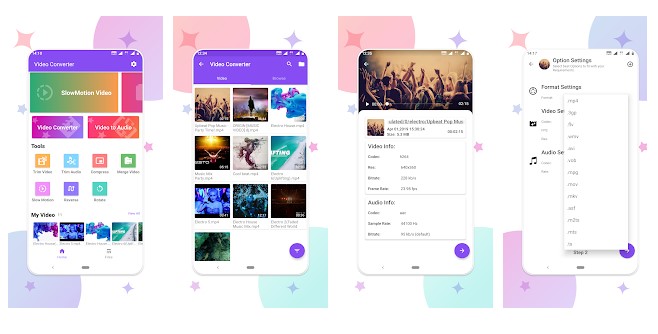 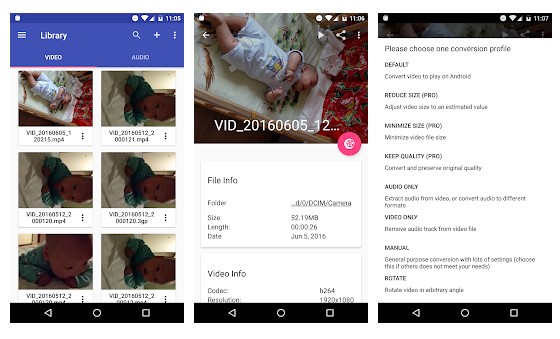 Audio/Video Converter Android is a full-fledged audio and video converter app for Android. It can convert any video to MP4, AVI, MPG, FLV, MOV, MKV, m2ts, WebM format. It can also convert the music files to different formats like WMA, FLAC, Ogg, mp2, WAV, mp3, aac, and more. One can also use the app to extract audio from a video, convert animated GIF to video, and more. Overall, Audio/Video Converter Android is a great app for converting both audio and video files. 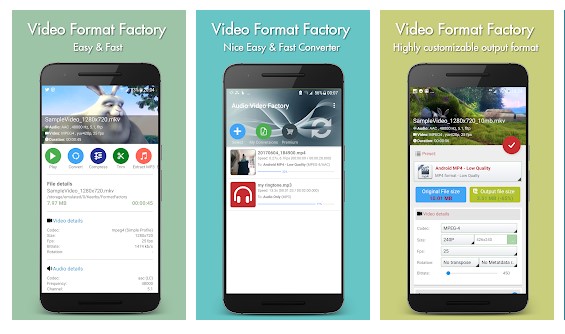 Video Format Factory is one of the best and top-rated audio and video converter app available on the Play Store. The good thing is that Video Format Factory can convert all your MP4, FLV, AVI, MKV, MP3 files into different formats. Not only that, but it also lets you compress videos to save space. 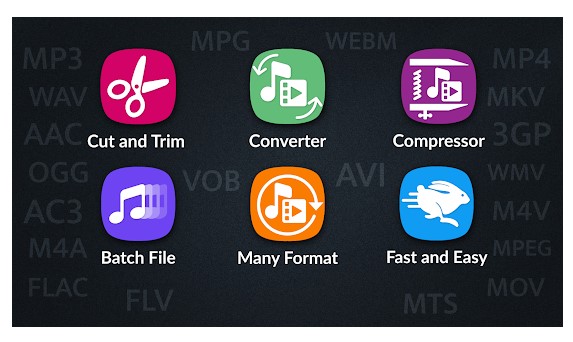 So, these are the ten best Video To MP3 converter for Android that you can use today. If you know any other apps like these, then make sure to drop the name in the comment box below.