It’s no doubt that Android is right now the most used mobile operating system. Compared to all other mobile operating systems, Android provides users far more customization options and features. Among all Android features, screen mirroring is the most prominent one. The Screen Mirroring feature allows users to remotely share/mirror one device screen to another like Android to PC, PC to Android, etc.

List of Best Apps To Mirror Android Screen To PC 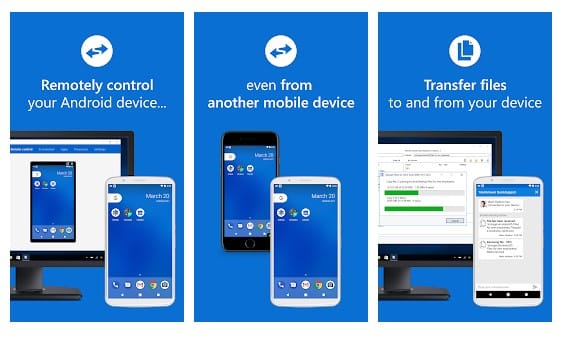 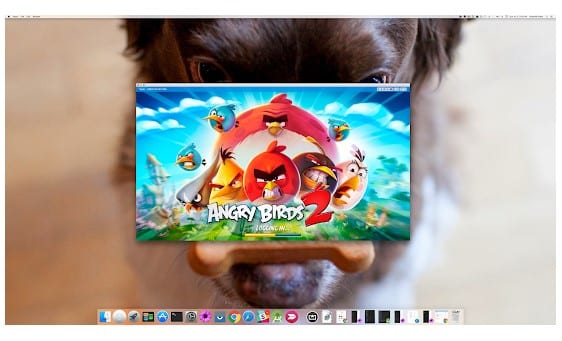 If you are searching for an easy method to mirror your Android screen on your PC, you need to use Vysor. The screen mirroring app is straightforward to use, and once mirrored, you can play games, use apps, take a screenshot, record screen, etc., with Vysor. To use Vysor for screen mirroring, users need to download the Vysor mirroring client on Windows and Vysor app on Android. Once done, connect Android to PC via USB cable and allow USB Debugging prompt. The PC software will shortly detect the device and will cast your phone’s screen to the PC. 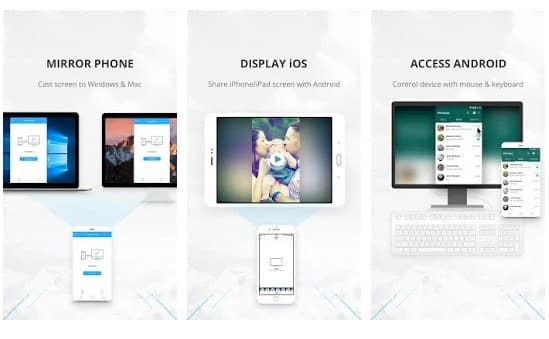 ApowerMirror is one of the top-rated screen mirroring app available on the Google Play Store. You can use this app to mirror your smartphone to PC, Mac, TV, and other mobile devices. Apart from screen mirroring, ApowerMirror also offers other useful features like controlling smartphones from a PC using a mouse and keyboard. To mirror your phone’s display to PC, you need to install the desktop client of ApowerMirror. On the downside, most of the useful features of ApowerMirror is limited to premium account only. 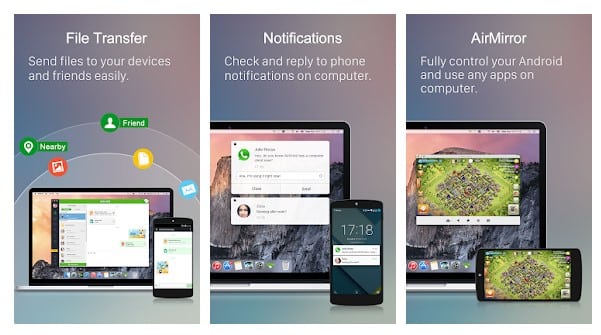 If you have been using Android for a while, you might know about the AirDroid app. AirDroid is a file transfer app that also got a screen mirroring feature. The screen mirroring feature is only available in the desktop client, and it just mirrors the calls and message notifications. On the pro version, users can also remotely open the camera, turn on/off the built-in features, etc. 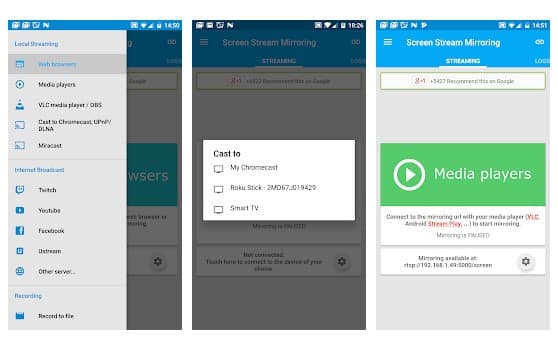 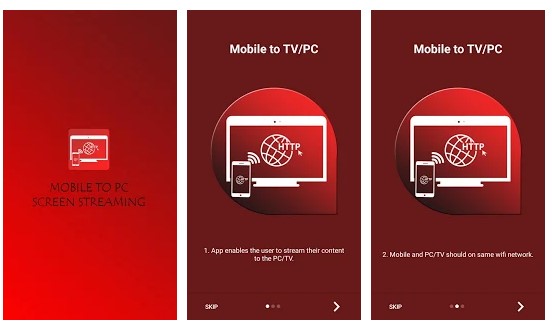 Although not famous, Mobile to PC Screen Mirroring/Sharing is still one of the best screen sharing app that you can use on Android. Unlike other apps on the list, Mobile to PC Screen Mirroring doesn’t require the installation of any app on the desktop. Just connect both devices to the same network, open the mobile app, and note the IP Address. Next, open any browser on your laptop/desktop and type in the IP Address. You will be able to view the mobile screen on the desktop web browser. 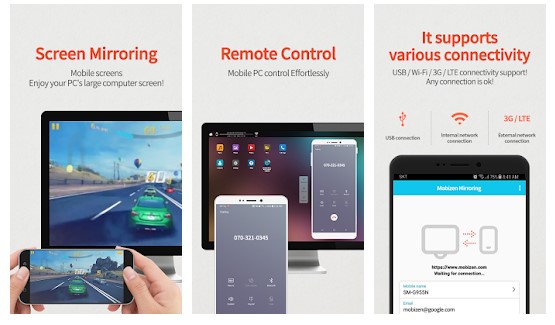 Well, Mobizen Mirroring is a screen mirroring app, but it focuses more on streaming games. With this app, you can easily control your Android smartphone from a PC. That means you can enjoy games, videos, pictures on a bigger screen and control your smartphone with a keyboard and mouse. To mirror screen, it supports wired/wireless connections like 3G, LTE, WiFi, USB, etc. Some other features of Mobizen Mirroring include mirroring in full screen, recording smartphone screen from PC, quick access to essential smartphone keys, etc. 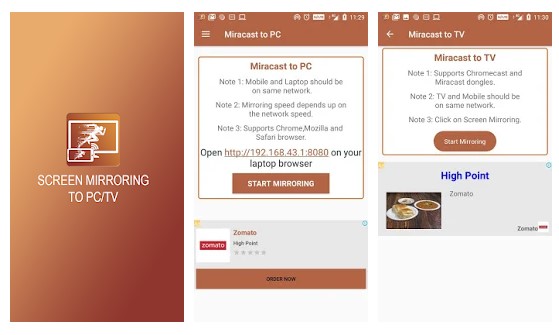 The app helps you share your mobile screen to compatible Miracast/Wireless display devices such as smart TV, Laptops, PC, etc. It displays all the content from mobile phones to systems like Windows and MAC PCs, Smart TVs, etc. What’s more useful is that it streams HD and 4K Ultra HD pictures, supporting most of the video and audio file formats. 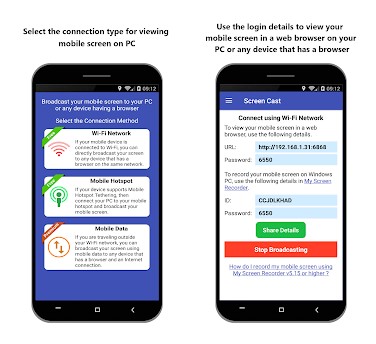 It’s another best Android app on the list which allows you to share screens between devices. The good thing is that Screen Cast supports multiple device connections. You can choose from WiFi, Mobile Hotspot, or Mobile data to connect with your PC. Apart from that, Screen Cast also got the ability to record your mobile screen. 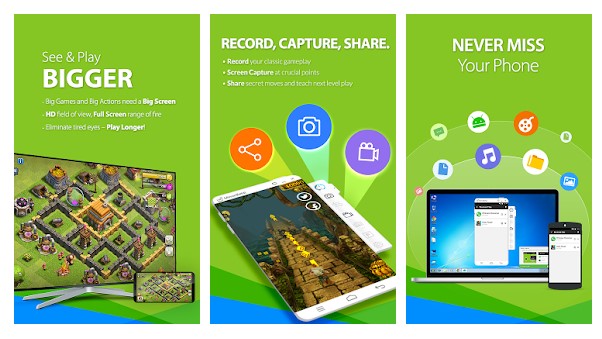 If you want to experience your favorite mobile game on a bigger screen, then you need to give MirrorGo a try. MirrorGo serves as a convenient way to mirror Android screens to bigger screens, control your phone from a PC, and transfer files wirelessly. Once mirrored, you can even manage your Android device from the desktop with a keyboard and mouse. Also, you can manage other things like SMS, WhatsApp Messages, and more.

So, these are the best apps to mirror your Android mobile screen to Windows PC. If you know of any other such apps, let us know in the comment box below. I hope this article helped you! Please share it with your friends also.